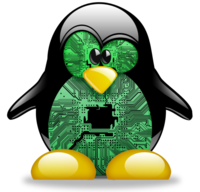 The mailing list is pretty active, with a high signal and low noise level, Chugalug has existed since 1999, with little leadership, no dues, no membership test, and despite being mostly based in Chattanooga, has members all over the world. Chugalug is a users group, a mailing list and a community. Miracles happen because of Chugalug, people help each other, they get jobs, they share hardware in emergencies... and sometimes we pick on each other, lovingly.
Join the Mailing List

What does it take to join?


If we have to act like the list has rules because of your behavior on-list.. we kick you off the list. A little local commercial activity is tolerated (What is Aaron selling now?) but we are mostly geeks talking about geeky stuff, and sometimes a little techno-personal stuff. Sometimes Bio-Diesel and Energy. It is not a personal tech support forum, although sometimes we try...


Any list member can call or host a meeting.

Send a message to the list with "What, When, Where".

You will be declared President of Chugalug for your effort, typically for a month or until someone else calls a meeting.